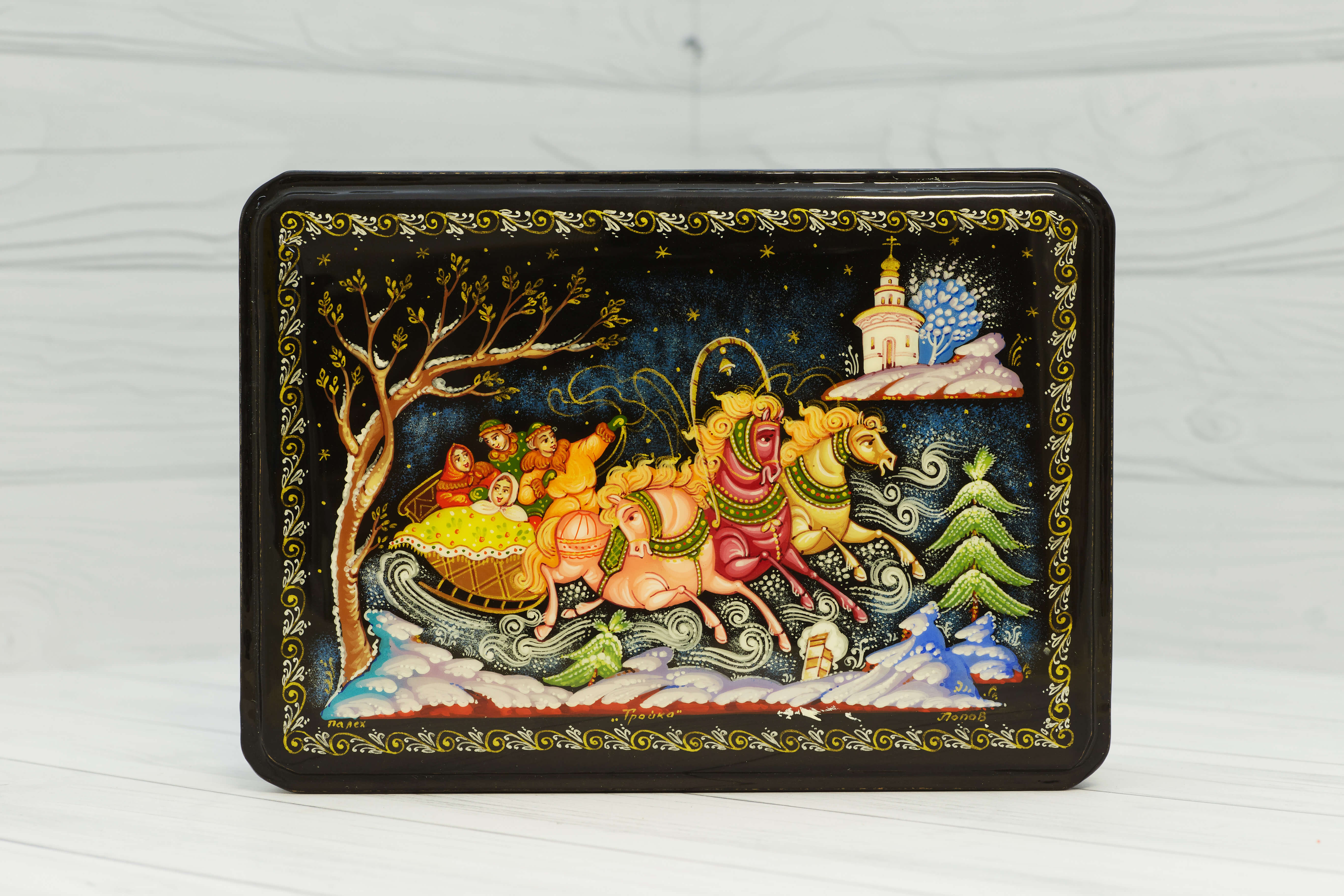 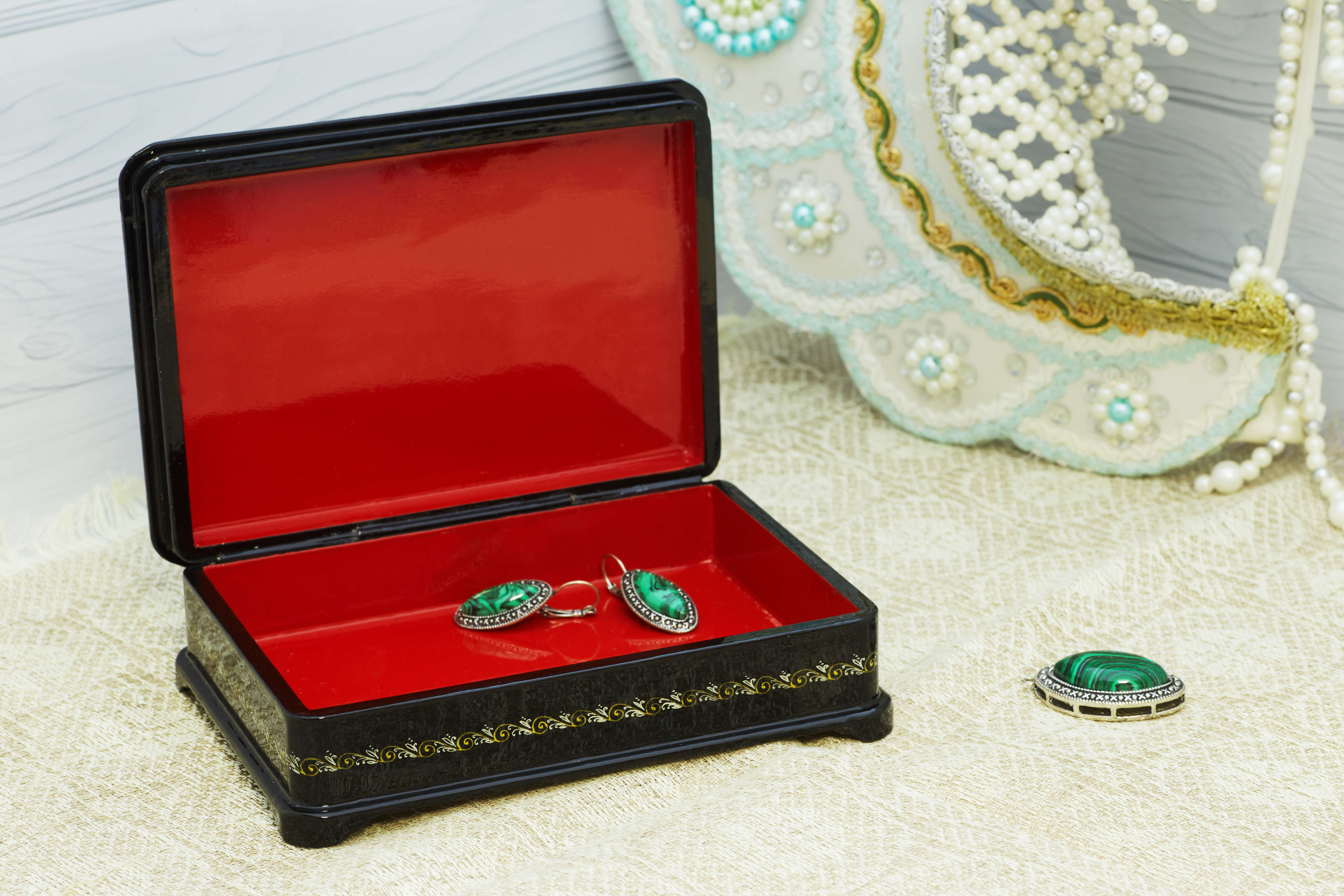 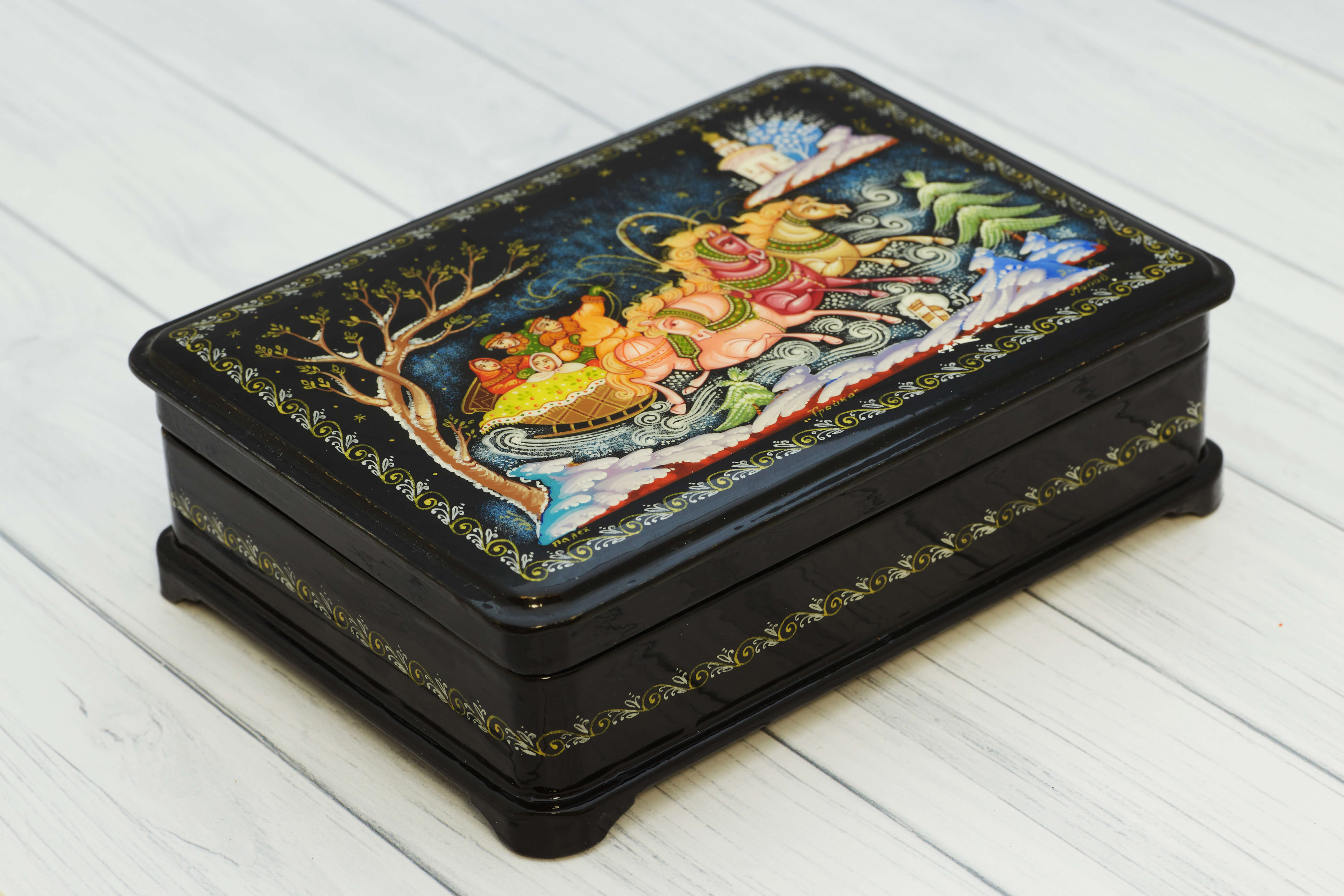 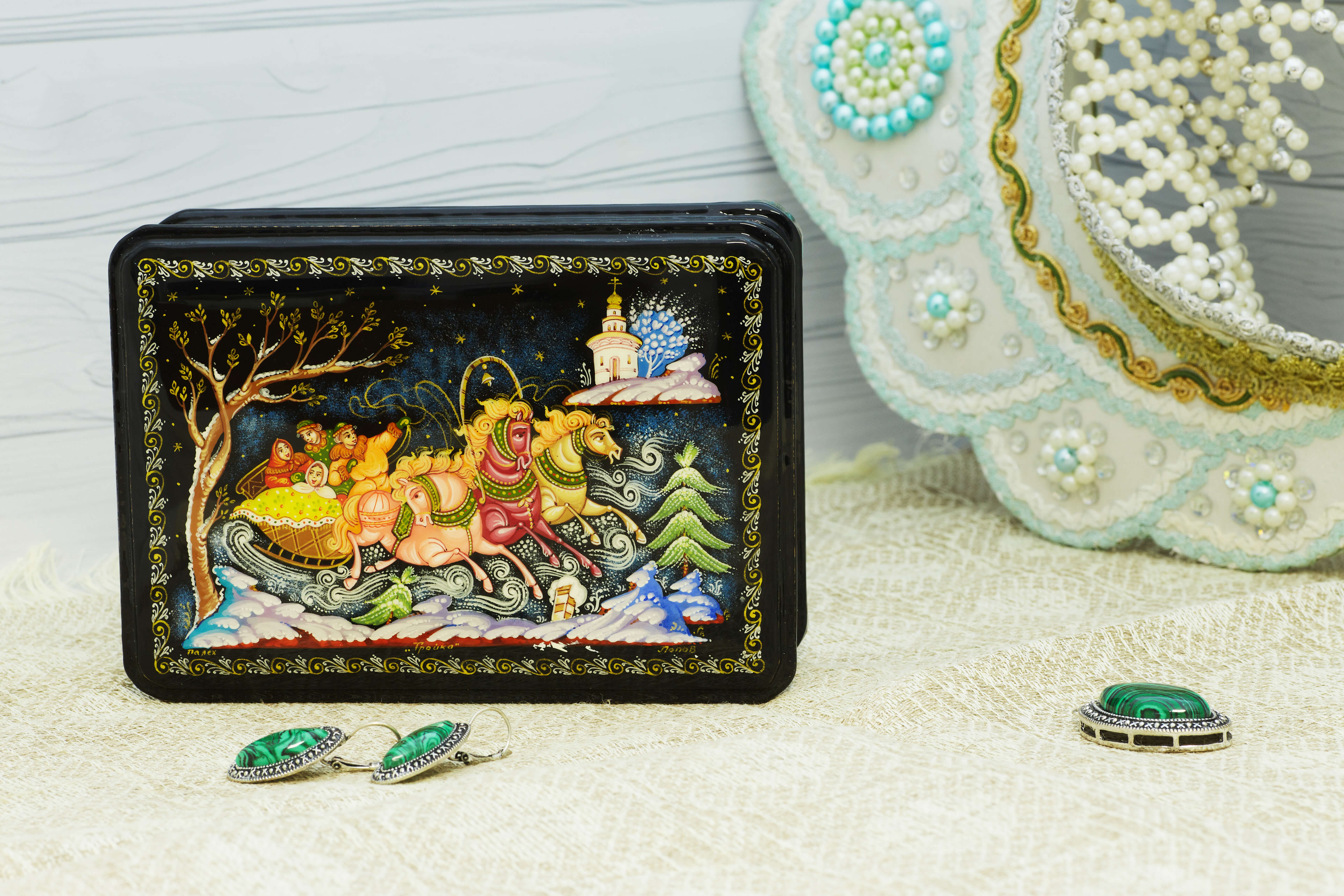 This woden box is the best couvenir and thing to keep your jewelry in safe for many years and have a unique subject of Russian culture.
The Russian troika is an antique horse carriage that became a national symbol of Russia.
It appeared in the middle of the 18th century and in the 19th century the troika reached overall popularity: carts pulled by a troika became the empodiment of Russian prowess and a great will. Russian troikas have not analogues in the world.